Jeff (Bowles) and I asked Ken (Cluff) to take us to a new area to ride.We were going to go to Ophir but decided to escape the heat and head east up to SoapStone area instead. Ken had ridden the Taylor Fork trail which starts on the Mirror Lake highway and heads south. It ties into the Cedar Hollow trail. We decided to come in from the Francis or Woodland side and head north.

We met at Jeff's place and were introduced to two of Jeff's friends, Chuck (as old as Ken) and Daylin? Chuck drove his truck with three ATV's on his trailer. I had my trailer with both mine and Ken's ATV. We got as far as Bridal Veil Falls when Chuck noticed his trailer tire passing him. Ken and I were at the Sundance turn off before they called and asked us to come back.  Chuck had broke down on a very dangerous spot and cars would not move over. We unloaded the ATV's and took them down to the east turn off of Bridal Veil Falls. It was very unnerving being on the main road. Some drivers are just speed demon's.

Chuck, Daylin and Jeff went back for Jeff's trailer and truck while Ken and I loaded one of the smaller ATV's on my trailer. When they came back we loaded up the other two ATV's and headed up to Woodland. It was a nice 72 degrees. I had never been to the Cedar Hollow area but it was nice and had places where you could camp. I saw a trailer same size as mine go up the road so I may just come up one of these times. (N40 33.379' W111 09.756')

Ken led the way and took us up the west side trail, which was pretty rocky until you got up on top.


Jeff and I played in a few mud puddles and took pictures of the flowers and area. We made the loop back to Cedar Hollow road and took it to the top of the hill where we could look down at the Mirror Lake Highway.

Ken saw a small bear but could not catch it to take a picture. We did come across some guy hiking up to the top of the hill and back. We told him about the bear. That would have been a little unnerving to bump into a bear as you are hiking (no hiking along for me!).

The ride back down was uneventful except all the mud holes I went through. I was having so much fun that I had to rely on Jeff and Ken to take the pictures. It was a great day even though it started out with challenges.


Additional pictures of the area. 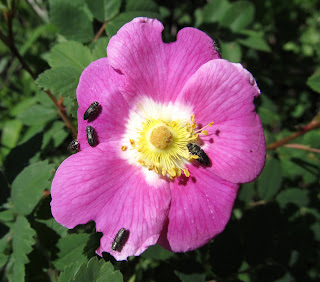 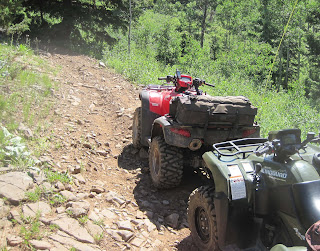 You would think I would be burned out after spending a week at Soldier Hollow for the State AM but I figured a few more days wouldn't hurt. I'm glad I worked the UGA Senior AM in Park City. Nice and cool and NO mosquito's or bugs. The tournament was a 36 hole stroke play, 18 holes a day. I thought it was a double shift and had planned on staying in Park City instead of commuting. The UGA put me up for the night and it was nice to take a break after the tournament and relax somewhat. I may take a break after this tournament until the Mid AM which is in August at Alpine CC. These tournaments are fun to work but tiring. Gotta take a break and go ATVing for a bit. 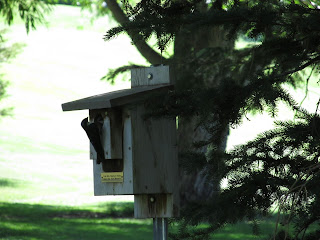 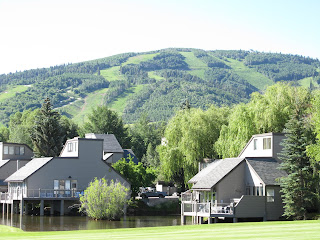 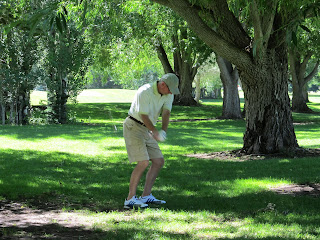 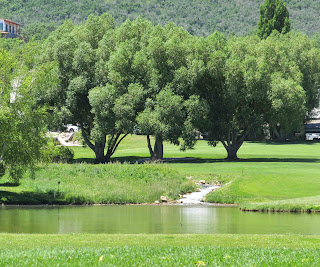 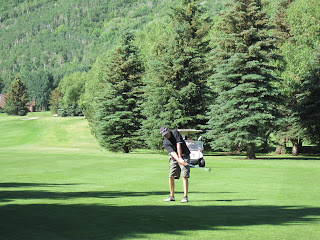 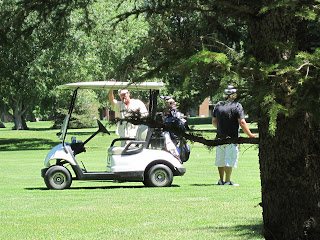 State AM at Soldier Hollow

This past week, the 113th Utah State AM was held at Soldier Hollow gold course in Midway. I decided to pull my trailer up to Wasatch State Park and camp out instead of commuting each day. I don't know if that was a smart idea but it was nice and cool each night with rain. Raylene came up Thursday afternoon and Friday evening we had our weekly date night. We went to Claim Jumper restaurant in Heber. It was nice to have the wife join me even though I was not able to spend too much time with her.

The tournament consisted of ten qualifiers throughout the State. 633 players battled for 288 spots to be played on Wednesday and Thursday (18-hole stroke play) at Soldier Hollow. Of those 288 players only 32 would advance to match play Friday.  Play on Wednesday and Thursday were on both the silver and gold courses. It took a combined score of 145 (+1) to qualify. We did have a playoff with 16 players competing for three spots. With a 35-minute lighting delay, players finished in the dark. The maintenance crew was prepared to light up the 3rd hole with all their vehicles but it wasn't needed.

After the Champions Breakfast Friday morning, the 36-hole match play began for the 32 players with half being eliminated each round. I had the assignment of following John Busby around for both Friday and Saturday. In the quarterfinal match, I watched Jeff Evans come from three down to beat John Busby. Jeff later went on to win the tournament 8&7 over Stratton Schultz.

The weather was a mix of sun, rain, lighting, wind, and heat but it was a fun tournament. Steve and his crew had the course in great shape and if you did not keep your ball in the fairway, you paid a price since the prairie grass was very tall and thick this year. I enjoyed some of the flowers since there were a variety of colors.  It was a fun week and the only changes I would make would be to have a flatter course so that spectators could walk instead of having a million carts on the course.

On a side note, the Spartan Race was going on at the Olympic Park on Saturday. The announcer was quite loud. I think someone called and had them turn down the mic. I could not believe all the people that came to that event. Unbelievable! 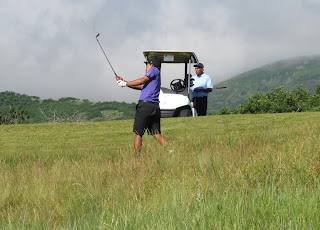 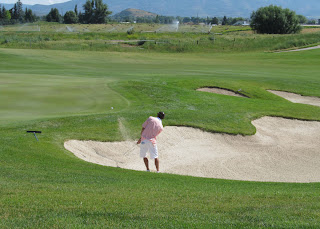