This year for Easter I decided to go to Cherry Creek with Ron & Nicole and Cory & Randa. Raylene stayed home since her sister and husband came over from Colorado Springs.

I headed down to Cherry Creek on Wednesday but was not able to get the camp spot Ron wanted because there were a lot of people already camped around the Sand Dunes. I could not believe it. I headed farther into Cherry Creek and found a good spot about a half mile down. I set up camp and then called Ron. He said that we have more people coming than he though. Instead of 6 or 7 trailers we now had 14 to 15. I found a good spot about a mile north so I packed up and headed to the new location.

Thursday I rode around a little since I have never been in this area. A wind storm came up and caught me off guard. I had to scramble to keep camp from blowing away. I'm so glad I did not have my contacts in or I would have gone blind. I rode again on Friday and waited for the group to arrive. They showed up just after noon. We had eleven trailers and two motor homes, a big group. It was mainly Tom Manzenerez and his family but there were a few additional friends from the Elks. The group had a bond fire going and were hanging out around the fire. I decided to call it a night and read before bed.

Saturday morning it tried to snow but we decided to go for a ride anyway. We headed out to Porter Rockwell's old ranch along the Cherry Creek. Too bad vandals have destroyed the house. We decided to return back to the camp by going through the creek and along the fence line. We had some fun in the creek. A few decided not to cross and one machine got stuck. That evening the group had their normal rain dance around the fire. But they did not stay up as long as they did on Friday.

Sunday, I decided to come home with the rest of the group. I was the first to leave and decided to take Redwood road instead of I-15. It takes a lot longer and I will not do that again. It was an okay trip and seeing Sand Mountain lit up like a small City was awesome but I think next time, I will camp with less people. 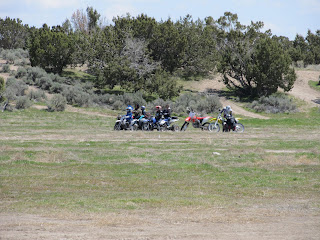 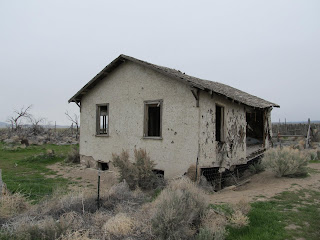 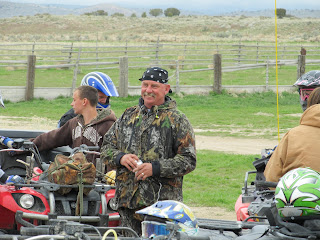 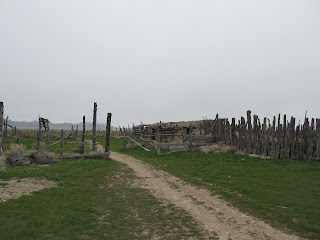 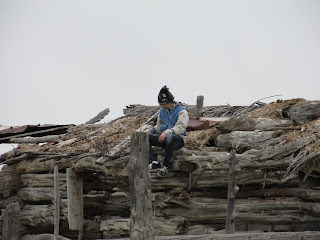 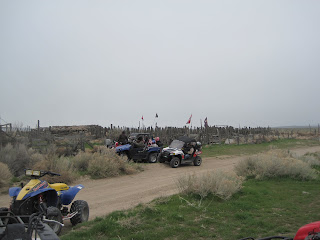 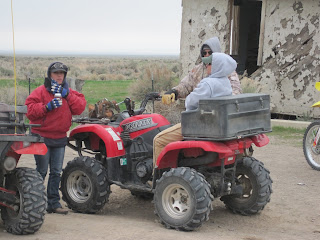 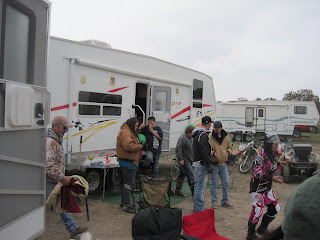 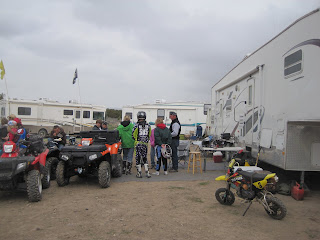